The Failure Of The 401K Retirement Plan

It sounds so good in theory you invest money in to a 401K and someone else grows your money and you become a millionaire without even having to think about it.  Like every thing in life you need to read the fine print.  Now some 401K plans are not, but they are not many.  What makes them so bad you ask.  Well let me lead you down the path of knowledge.

Most employers only offer 401Ks now and that is a bad thing.  A pension is a safer retirement for most people, but it means your employer has to take on all the responsibility and the risk.  With a 401K they don’t have to take on either.  You take on all the risk, the responsibility and pay someone else to play with your money.  What could go wrong?

The creator of the 401k Ted Benna said in a interview in 2011 that his creation had turned into a “monster”.  The 401k plan was originally designed to supplement a standard pension plan so people could save more and live a better retirement.  Instead people chose to dump pension plans and instead have people only invest in 401k plans.  Hoping that somehow they will grow their money to the point where they will make millions while only growing at about 4% a year.  Sadly the only people who have millions are those who make six figures, and contribute a lot of money into it.  Recent statistics say that only .6 percent of people who make under 150,000 dollars a year are at one million dollars in their 401k as reported by Fidelity.  That normally is with 35 years of contributions at the same job.  Now days most people don’t even stay at a job for 7 with the mean of about 5 years.  The average saved for people 10 years to retirement is only about $78,000 and with a third of them having less then $25,000.  Now one can retire with $78,000 it wont last even a couple of years. 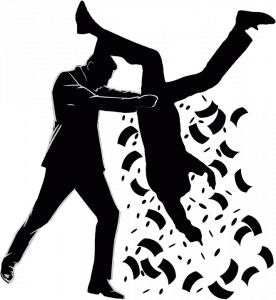 What happened you may ask?  Well as stated before it was created as a supplement for a traditional pension plan, but a pension plan has your employer take on all the responsibility and risk.  It is appealing to adopt a 401k plan instead because not only does an employer not have to put forth any money or accept any risk but sometimes they even get a kickback from the institution.  The other thing is corporate greed.  Many institutions tack on extra fees that eat into your retirement fund it is said that expecting even a 4% return is a pipe dream you may expect 1.3% if your are lucky.  You see your employer is not obligated to get the best deal at all so they normally go with the best plan for them not you.  The other thing that hamstrings you is they have to select your investment strategy, but most people do not know what to invest in and rarely change their investment strategy after some time.  This can tank your 401k as well.  So with your investors taking lots of money off the top.  Them investing in failed investments and not caring how well your plan does so long as they get their money from your nest egg.  This leads to poor gains and people who are planing on this to retire suffering and not having enough at all.  Most baby boomers who are hoping to retire are now having to work because they cannot afford to.  The 401k system has failed the people it was designed to help, and has destroyed their future.  Now some 401k plans are OK but you still probably will not have enough to retire, but it will help supplement your true retirement plan.  Oh and I forgot to mention employer match.  A study found that similar jobs that didn’t offer an employer match paid higher, so it isn’t free money its what they would have paid you. 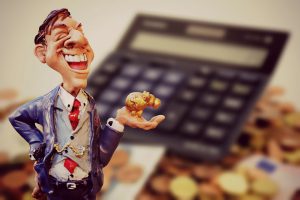 So how do you retire then?  Social security is a sham, 401k retirement plans were drug down by corporate greed and were never meant to bear the entire weight of someones retirement in the first place.  Well you take what money you can afford and diversify your portfolio you find other ways to invest and you research.  Some suggestions are you create your own business.  You can invest in rental properties.  You need to start thinking about your future now, you shouldn’t have to wait to retire you should be able to retire in the next couple of years and not have to worry about if your 401k will support you into your future.

Thank you for reading and if you have any questions or comments please feel free to leave them.